In what has to be a social media first, a politician actually used Twitter to come to the rescue of stranded motorists in his city!  I was amazed when I saw the Twitter feed from Newark, New Jersey mayor, Cory Booker this morning, in which he uses Twitter to respond various pleas for help from citizens that where stuck in the aftermath of the nasty winter storm that his the Northeast United States this weekend!   When I first read this, I could not believe what I was reading and assumed that it was a hoax until I realized that Mr.Booker's has a Twitter "verified" account.

Here is a sample of the bizarre exchange... 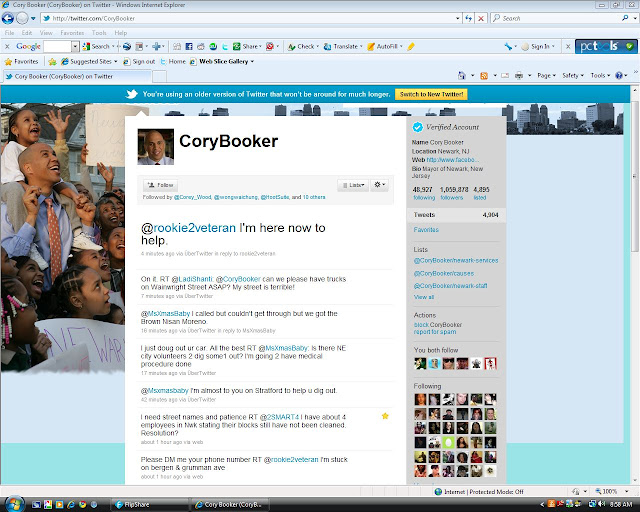 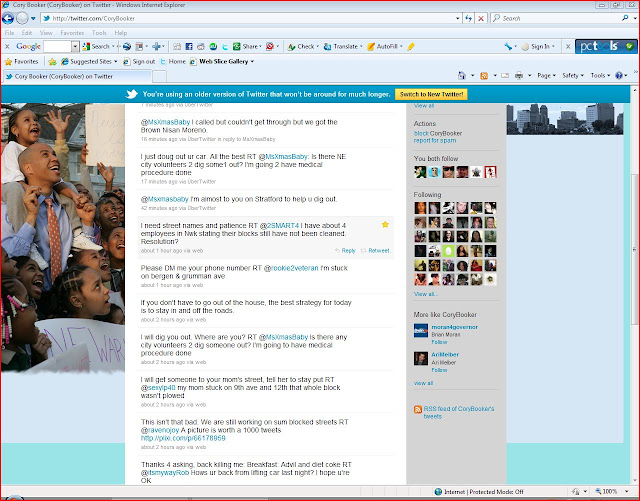 Mr. Booker asks one constituent to DM him his phone number so he can help him get his car out of the snow.  He also makes a few references that make him seem like Superman, including..." I will get someone to your mom's street...stay put." and "I will dig you out, where are you?" ( he eventually appears to actually make it to the rescue and confirms..."I just dug out your car, all the best!")

In a day and age when most politicians would likely have preferred to stay in the warm confines of City Hall, I find Mr. Booker's amazing use of social media inspiring!  The fact that he used Twitter to communicate real time with people and actually was able to physically help them is incredible.

I can just see our fine mayor, Naheed Nenshi harnessing the power of Twitter in a similar manner when Calgarian's are in need in the future.
Posted by Shane at 12/28/2010 06:33:00 PM 1 comment: