With the anticipated announcement that current Ward 12 Alderman Ric McIver will be running for mayor, the race to replace Ric's seat will be one of the most interesting races to watch in the October 2010 Calgary civic election.  There have been a few rumours about who will or will not run in Ward 12, but one gentleman has officially made his intentions known!

I was pleasantly surprised when I ran into Shane Keating at a fundraiser yesterday and he handed me a business card that stated " Shane Keating, Aspiring To Be Your Alderman"!  I actually sit with Shane on a local volunteer board ( South East Calgary Recreation Society- http://www.secrs.ca/ ) and had no idea that he was even considering this move.  While I do not know Shane well, I must say that he is a really friendly, hardworking man.

Shane has launched a  campaign website at http://www.shanekeating.ca/ which outlines his community involvement and past work.

I fully expect that more names will be coming forward publicly once Ric McIver announces that he will be running for Mayor! As a resident of Ward 12, I am excited about this race and cannot wait to see who else throws their hat in the ring!  I can confirm that he will likely be the only "Shane" on the ballot......

Also, be sure to head over to http://www.calgarypolitics.com/, Best Political Team in the Blogosphere ™ for constant Calgary 2010 Updates!

Executive Breakfast with Ted Morton, Minister of Finance and Enterprise 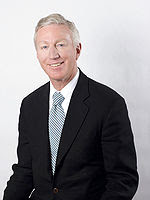 I am pleased to be part of the organizing committee that is planning a fundraiser for the Calgary Hays PC Association.  We try to have an annual breakfast fundraiser with different guest speakers and this year we were fortunate enough to secure The Hon. Ted Morton!


This breakfast will be held on March 26, 2010 at the Calgary Chamber of Commerce. The event details and order form can be found here :

This event should be very interesting given the recent economic developments in Alberta and the pending Royalty Review adjustments.  Tickets are limited and selling quickly.  Feel free to email me if you have any questions!

Be sure to stop by and say hello that morning!