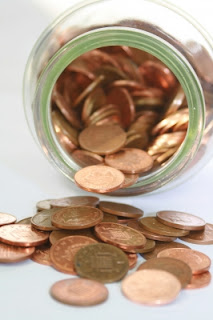 There has been a heated debate in Calgary this week over a group of local business leaders recommendation to add a 1% "Penny Tax" to the GST.  These business leaders ( a group called Transformation Calgary) models this proposal on a similar scheme used in Oklahoma City and suggest that the $350 million raised by this tax every year could be put towards a set of specific projects and be in force for a specific period of time.

While I understand that the City of Calgary only has a finite amount of resources to pay for services and local projects, I am always concerned when "new" taxes are proposed.  This "penny tax" sounds like an insignificant amount, but it will likely cost the average Calgarian hundreds of dollars a year in additional taxes.

I also question how the city will be able to fairly designate this tax money to specific projects?  While I personally support addressing the lack of recreation facilities in Calgary, I am not as sold on building extravagant art facilities that will not be used by the majority of Calgarians.  How will the city determine what projects get on this list and how do you appease everyones interests?  Simply, I think this is an impossible task and will just create a new set of headaches and bellyaching, no matter what projects are included.

Personally, I believe that the City has a hard time managing the budget that they have now and I am a little hard pressed to accept sending more taxes to city hall.  I think that if this proposal where to be accepted by Calgarians by a plebiscite vote in 2013, they city will become accustomed to receiving these tax dollars and this cycle will continue on forever.  ( We should note that the 1917 Income Tax act was implemented as a "short term measure" to help fund the war effort.....)  Looking at the Oklahoma City MAPS Tax, you will see that city council has come back to the citizens three times now to fund additional projects.  It just shows that once you implement a tax, it is almost impossible for the government receiving it to let go of that revenue, even if this "penny tax" is only intended for a specific period of time.

I had the chance to be a guest on the CBC Calgary Eyeopener's "Unconventional Panel" this week to talk about this tax.  Here is a link to that show if you are interested.

While I am intrigued by the idea in principal, there are too many unanswered questions at this time.  Perhaps we need to look at a voluntary lottery or consider specific user fees that can raise the funds required for these projects, as the money will be directy raised by those who support the cause.   I think we should look at the spending of our city administration before we request more tax dollars from hard working Calgarians..

I was a little dismayed when I read about Ward 9 Alderman Gian-Carlo Carra's announcement that he would no longer be dealing with the Ramsay Community Association board, following a "breakdown in communication" with the volunteer association.  Mr. Carra had confirmed in a hand delivered letter to Ramsay residents that he will no longer deal with the current board executive and will instead work with the citizens directly. ( A copy of the letter can be found here..)
As a community association president myself, I found myself wondering what could have led to such a disasterous stand off to occur in the first place?   Alderman Carra has confirmed to me on Twitter and on the CBC Eyeopener this morning that his position has nothing to do with "development"  yet the letter mentions his dismay at the boards NIMBY-ism and that he is not interested in a "coup", but the letter urges people to come to the AGM to sign up for a Carra led "Ramsey Design Initiative".  While I do not believe for a minute that the conflict has to do with Carr's newsletter being rejected due to its length, but if you read the letter it is clear that there is likely more at play here than meets the eye.

I personally think that Gian-Carlo is one of the most intelligent Alderman at City Hall ( and really, who doesn't dig his accent!) but his letter really concerns me.  While he confirms his support for community associations, he states that he is working with the Mayors office on a new policy outlining the role that community associations play in the "governance of our neighborhoods".  If you read between the lines, perhaps some people in council hate when volunteer citizens restrict their own personal development views.

While I believe that all community associations should be well governed, I would hope that their intent is always to be a "voice" for the residents when it comes to civic matters.  These are volunteer organizations made up of passionate, dedicated community members.  For Mr.Carra to blindly shove them aside is upsetting as it diminishes the roles that these groups play in our city.  Based on the comments that Mr. Carra made, I am sure that the both he and the Mayor's office relishes the day when CA's are relegated to bake sales and BBQ's.  This way, they will not have to listen to their citizens concerns ( via those "pesky CA's" regarding development when they do not fit their own personal agenda's.

I will be watching to see what comes of this story as I think there is way more to this than either side is letting on.  I hope that they can come to some sort of adult resolution soon.

What a crazy week in the Alberta PC Leadership Race!  In my Vlog post below, I just wanted to share my thoughts on the weeks events and highlighted some of the internal issues that seem to dog my party during this race.

While I am disappointed that some of the more conservative candidates did not make the second ballot,  I have made my mind up on who I am supporting in the next round.

While I am sure that my comments about the Alison Redford supporter's Twitter Blitzkrieg this week will anger some of them, I believe that I am free to speak my mind.  I know its a crazy concept to have a differing view, but I think that is a healthy thing to have.

2011 YWCA Walk a Mile In Her Shoes Event! Pink Is The New Black! 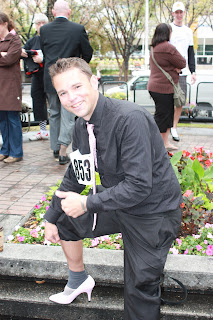 The 2011 YWCA Walk a Mile In Her Shoes event was a huge success!  Men from across Calgary strapped on some high heels yesterday to help raise some money and awareness for domestic violence in our city.  The event raised an amazing $287,000 yesterday and it was fun to be able to participate again this year.

I was fortunate enough to raise $1950 for this event and I am so thankful for everyone's support.  As mentioned in a previous post, most of my donations where obtained from social media contacts ( Twitter and Facebook) along with some of my co-workers.  I was also humbled by the fact that so many politicians from all political stripes ( including Wildrose candidates and even party leader Danielle Smith) donated to this loyal PC party hack.

I promised that I would share some pictures and video of the event, so here you go....

I have to admit that my calves are killing me today!  I really have no idea how women could possibly walk in these shoes all day long.

Thanks again to everyone for their support of this amazing organization.

Labels: Charity, YWCA Walk A Mile In Her Shoes Event

With only two days left in the Alberta PC Leadership Race, I have finally decided to do a post!  Here is a quick ramble about my thoughts on the race.....

This weekend should finally bring some excitement to this race!  I am interested to see who will move on to the top three.

Well, I finally got with the times and purchased a webcam!  I plan on doing some vlog posts once i figure this camera out!   I hope to have some fun with this format, so bear with me as I learn how to do this.

If there are any topics or vlog posts you would like to see, be sure to send me an email or comment. 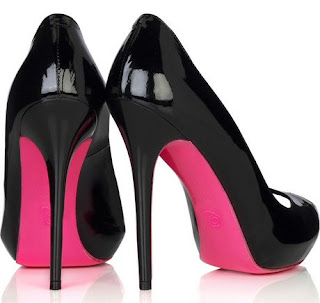 Its that time of year again!  I was fortunate enough to be able to participate in the YWCA of Calgary's Walk A Mile In Her Shoes event last year and I am excited to be able to take part again in 2011.  This fun event helps raise money and awareness for domestic violence in Calgary and it really is a fun event.

I have been overwhelmed by the support I have received for this walk and would like to thank everyone that has donated and helped spread the word!  Amazingly, most of my donations have come from Twitter and Facebook, which goes to show the power that social media has these days.  I am also surprised by the response from local politicians of all political stripes that have stepped up and donated to this great cause.  My donor list really is a broad reflection of all political parties and I am humbled by their generosity!

The event takes place on Monday, September 19 2011 at 12pm at Olympic Plaza.  If you had a chance to see this event last year, it really is quite a scene!  Watching hundreds of men strap on these high heels and try to negotiate the course is really quite funny to watch.

I would love to raise as much money as I can for this great cause and appreciate any donations we can raise for the YWCA.  If you want to donate, please head over to  http://www.walkamile.ca/page.aspx?pid=253&tab=0&frsid=823

I'll be sure to post some pictures and videos once the event is over!