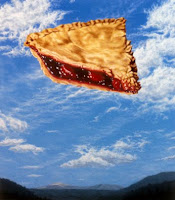 You cant see me right now, but if I had a live webcam feed you would see some serious ass shaking!  I am literally dancing around the house like a mad man!  Why?  Because the the city I love finally has a chance to get back on the right track!  With the Bronco's announcement today that he will not run again, we finally have the potential to get some real leadership at City Hall!

This news is no surprise to me!  I called this in a post on 12/1/2009 Called "Bronco's Running Scared"  although I thought he would wait until the last minute to bow out.  Anyone that reads this site understands that I am not a huge fan.  For some past Bronco jabs, check out:

The question floating around today is Who Will Run?  I wondered this same question in May 2009 on this post: Who Will Be Calgary's Mayor in 2010?  And apart from the addition of Druh Farrel, Craig Chandler and Joe ( Could He Be ANY More Arrogant?) Connelly, there is not much of a change.

Bottom line, there is only one front runner and serious candidate ( if he ever announces it!) and that is Ric McIver.

Who do you think will run?  Does this news surprise you?

PS: Be Sure to check out a new collaborative blog called the Best Political Team in the Blogosphere! It will be THE source for info on the 2010 Calgary Municipal Election.

Friday Fun: Hopefully the Olympic Opening Ceremonies Will Be Better Than This!

Let the games begin!  I did a post on my memories of the 1988 Calgary Winter Olympics here, so feel free to check it out also!

I am a proud, proud Calgarian, but this video of the 1988 Winter Games closing ceremony is just too funny not to share!  Check out the sweet dancing and song stylings!

I will be watching the Vancouver ceremonies to compare!  I would bet that they learned a thing or two since 1988, so it should be highly entertaining!

I'm Boycotting Bed Bath And Beyond!

I have to admit that I got a little hot last night when I heard that US Based retail chain Bed Bath and Beyond had decided to boycott any bitumen derived fuels that come from the Alberta Oil sands.  While I can appreciate that all corporations are looking to show off their "Green-ish" policies, I think that they should stick to the office recycling parties before they look to alienate their shoppers.

If you look at the Canadian operations of Bed Bath and Beyond, the sales in Alberta are so minute to the overall financials of this company that frankly, its quite clear that they do not care about alienating Alberta or its citizens.   While its true that a corporation has the right to set whatever environmental policy they choose, I do not have to support it.

I am only one person but I can speak with my wallet by choosing to boycott Bed Bath and Beyond.  I would encourage all Albertan's to do the same as its probably time we support local chains anyways.  This way, we avoid sending our dirty money to the USA.

If you are on twitter...why not send @BedBathNBeyond a message telling them how you feel.

Labels: Boycott Bed Bath And Beyond

Prorogue This! ( aka Iggy and The Banana's In Pajama's)

Much has been written about the Proroguing of Parliament, so I am going to keep this rant short!

I am getting so sick of hearing about these liberal hipsters creating an false issue, but it just goes to show that they are so out of touch with everyday Canadians.  Over the past month, these "engaged" citizens have arranged Prorogue Protests all over the country, often with a few thousand ( or dozens in Alberta)  supporters showing up. ( I think they had free hot chocolate, but that has not been confirmed.)   To me, this is just not an "issue", so I hope that they keep wasting their organizational resources and volunteer moral.  Perhaps it is just the trap that Ignatieff needs to get his ego smoking again!

I see that there is a large Facebook Group created by a university student.  If anyone is interested, the link is here at Canadians Against Proroguing Parliament and with over 233,000 members ( most of whom are not old enough to be able to spell P-A-R-L-I-A-M-E-N-T, let alone Prorogue.)  you may feel this is quite impressive at first glance. But friends, don't be fooled!

You know who else has a real big Facebook following?

It just shows you how powerful these Facebook sites really are.  Go ahead Iggy....run with it all you want.

One Year Of Blogging!

I have been so darn busy with the new baby and work that I missed my one year Blog Anniversary!  I am actually shocked that I made it this long.  I have not posted as much in the past 6 weeks for a few reasons, but I hope that this will change soon.  I am not sure if its just a slow time politically, the fact that I am mellowing out with the arrival of my new son ( check out my other blog to see me being nice... www.calgarydaddy.com )  or if I am just so frustrated politically that I am "biting" my tongue while I reserve judgement.  Knowing me, its likely a combination of all three.

Here is a link to my first post from last January and a link to my six month anniversary post, where I give kudos to the blogs that got me going and encouraged me during the first few months!  Check it out.

Over the past year, I have found some interesting people online and I am glad that I can read their views.  We may never agree on everything, but I love the passion!  I am also proud to be part of a new crop of bloggers that include the Alberta Altruist and Politicalgary among others!

Anyways....thanks again to everyone who stops by the blog to read my views on the things that bug me!  Your support means a lot to me.