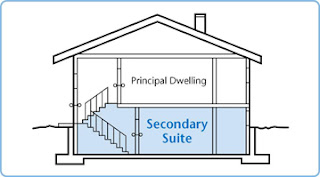 After a few months of heated debate over the secondary suite issue, Calgary City Council will once again face this issue on March 7, 2011.  No matter what side of the issue you are on, many Calgarians are passionate about this issue and how it will affect their communities.  The issue really is one of the most polarizing debates that I have seen in a long time.

Without getting into the issue directly, I found it fascinating that many Calgarians are using Social Media to share their views on the issue.  A quick Twitter search under #yycsuite or #suiteyyc shows an amazing level of engagement on this issue by average Calgarians who may not otherwise be as vocal on civic issues.  It would appear that Mayor Nenshi's plea asking for constituents to let their Aldermen know where they stand on the issue has had some effect.  Many groups are quite active on social media sharing their views and engaging some of the Aldermen into the debate online.

Will the Twitter debate actually sway the way that certain Alderman vote?  I doubt it, but I love the fact that citizens can actually let their representatives know how we feel as individuals on certain issues.  I think that smart politicians can use social media to get a sense of where people stand and use this information along with town hall/community meetings to fully engage Calgarians going forward.

Here is a link to a quick interview I did on this issue for the CBC Calgary Eyeopener.