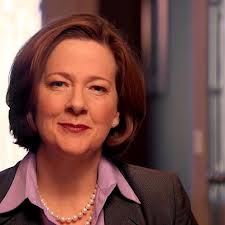 As part of her commitment to continuing the 2013 budget "conversation" with Albertans, I had the good fortune to attend a unique "town hall" style meeting today at the McDougall Centre in downtown Calgary, featuring Premier Redford as the speaker. There was about 50-60 people in attendance, from many different parts of Calgary and I was pleased that the Premier took some tough questions and answered them very well.

Naturally, the main focus of the conversation surrounded the upcoming 2013 budget and where the government is looking to go over the next few years.  While she couldn't release specifics ( it will be in the budget, she joked...) about the line items, the government is looking at all cost saving options and will release a long term budgeting plan based on more stable revenue models.  She did confirm that there were no new taxes coming ( including sales taxes) and that the government would not be bringing back the Alberta Health Care premiums.  When asked about the AHC premiums, I loved her answer "it could raise +/- $1BB dollars....but that is not going to solve our problems."

I also like that she stated "there are no sacred cows" in this budget.  Every department is being reviewed and while she hinted that there would be no "straight across the board cuts" this year, there is a long term budget plan that will be released in detail when the budget is released in March.  Based on the tone, it would appear that they are serious about getting their financial house in order starting immediately.

While many people were frustrated at the lack of details in the Premier's TV address last week, I think that the government is finally understanding the importance of communication with Albertans.  These town hall meetings, the telephone townhall tonight and the online forums will allow people to share their thoughts, which is something rather unique and refreshing in Alberta politics.  For too long, it has been a one way conversation in this province.

Like many Albertans, I will be watching the budget on March 7, but more importantly, I want to see solid planning going forward.  I think that Albertans are getting weary over continued budget deficits and are looking for long term leadership and practical solutions to the budget issues going forward.  This budget and long term plan will set the tone for the next few years and will follow PCAA into the next election, for better or worse.  And as a fiscal conservative, I am not sure how much more I can personally take.