Thanks For Helping To Raise $10,000 for Inn From The Cold Families This Christmas! 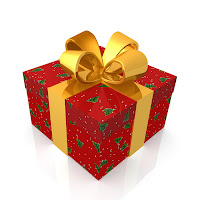 Wow!  What started out as a simple idea  to use social media to try and help some local families this Christmas turned out bigger than any of us could have imagined.  The plan was to raise a few hundred dollars and gather some much needed items to fill a Christmas hamper or two for the Inn From The Cold, but due to everyone's generosity, we exceeded that modest goal by a long shot.

We had lots of interest in the goods donations and dozens of people on Twitter had contacted me to confirm that they were going to donate hamper and wish list items and many people had dropped off goods directly to me to forward to the Inn From The Cold.  I was amazed at the response and so happy that we could help the Inn in this small way.  Then, thanks to an idea hatched by my pal Joey Oberhoffner, things took off in another amazing direction.

At the last minute, Joey organized a challenge to some of our contacts on twitter, to raise money from their respective political party members via a food pledge night!  This idea turned out to be a massive success, as we saw people from across the Alberta political spectrum get behind their members and donate money for each wing and taco that they ate!  Some even donated to all of the participants, which was amazing.  Here is how the results shook out...


These gents raised over $4700 for their efforts!!  It was hilarious to actually watch them chow down and push themselves to the limit for charity.

The best part?  We had an anonymous donor who agreed to MATCH any money raised!  This brought the total raised to well over $10,000!!!!! ( This donor's generosity had inspired all of us in this initiative)

I had the chance to deliver the hamper items with our anonymous donor yesterday to the Inn and they were very thankful.  When they received the cheque from our matching donor, they were blown away.  This money will go a long way to helping families this holiday season.

Over the past few years, I have had the privilege to meet some amazing people on twitter and they always come out to support good causes.  I am truly blessed to know these good people.  Thanks again to everyone who helped, either through donations, re-tweets and support of the #ablegcares gluttony on Wednesday!