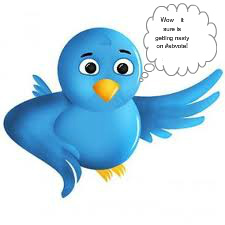 Most people that know me will confirm that I love to use Twitter and think that is an amazing social media platform.  Over the past three years, I have been engaged on this medium and have met some outstanding Calgarians of all party stripes online.  I have become friends with a diverse group of people on twitter that I probably would never have met in real life.  Over the past few years we have always had a great banter and while we often disagreed, we could have a respectful debate.  This can best be seen through the diverse group of bloggers and media people that often get together for "Politweet" meet-ups, usually generously hosted by Joey Oberhoffner and Derrick Jacobson.  These tweetups take place with people from the entire political spectrum and truth be told, we all get along just fine!  That said, not all of the twitter engagement over the past few weeks with respect to #abvote has been as ideal. 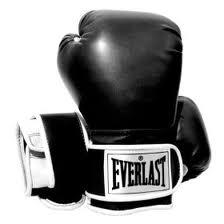 I have noticed that over the past month the tone from all parties on Twitter has gotten a tad nasty.  Its OK for all parties to disagree, but I am shocked at how personal the attacks against party supporters has become.  A quick scan of the #abvote hashtag will reveal a cesspool of attacks, negative re-tweets and slurs against each PC and WRP supporters.  To be fair, I think that all parties have an equal amount of negativity and I think that the election campaign has increased tensions substantially.  It has gotten so nasty online that I joked that "I hope we can all be friends when this election is over" and I seriously hope the nastiness dies down after April 23.

If you think back to the 2010 Calgary Municipal election, the use of Twitter to engage political discussion exploded.  People that were not typically involved or interested in politics used this medium to ask questions and debate issues respectfully.  This healthy debate actually engaged people to get involved and led to an increased turnout on election day and help to inform voters of the issues the city faced.  Fast forward to the Alberta provincial election and the same cannot be said.  The #abvote negativity appears to have driven many average tweeters away from the conversation.  I have heard numerous times that people who try to ask questions or join the debate are "pounced on" from the opposing side, which causes some to just back away from the conversation.

Since many casual political twitter followers seem to be driven away from the debates, it looks like the only people left screaming are the "usual suspects' ( myself included) and we appear to be just yelling into an endless echo chamber.  If this is true, I often wonder if others think there actually is value in tweeting and trying to debate issues regarding the election?  If PCAA and WRP members just banter back and forth, without outside engagement, what is the point?  (Its not like we are not going to sway each other to vote for the other party!)  It often just comes back to attacks by each side, followed by responses and another attack.  While I have been guilty of this, I have really been getting drained by it all.

It will be interesting to see just how bad things get online over the next few weeks.  While its unfortunate that it has gotten so nasty, it is even more shameful that we have driven people away from the conversation. While most of us clearly show which party we support by our avatar "twibbons', we are probably failing to properly and objectively inform the casual twitter user.  Hopefully, we really all can go back to being friends when this is all over and can look toward the example that the Politweet members set in respectful disagreement!