Alberta Election 2012: Which Candidate Will Put Their Foot In Their Mouth First? 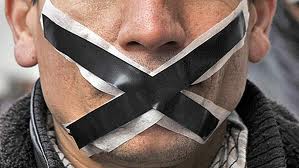 As we head into the second week of the 2012 Alberta provincial election campaign, I am still waiting for a candidate to create a nasty headline with some ill timed comment.  Every campaign has these "foot in mouth" moments and while I am sure that there will be a few over the next few weeks, I am surprised that none have come from the Wildrose Party as of yet.  Sure, we saw the stupid comment by a 23 year old female PCAA staffer, which kicked off a minor "fertili-tweet" flurry, but I am actually talking about candidate campaign mistakes.

While all parties seem to have an eclectic cross section of candidates, I think the upstart Wildrose has an even greater selection of rookie political candidates than most parties.  The Wildrose members are a passionate bunch and I assume that most of them have joined this new party because of a variety of social or financial conservative touchstones that they are rabid about.  Because of this passion, I am shocked that the candidates ( and most of the WRP twitter-esque types) have gone rather quiet as of late.  That said, after reading Calgary Herald columnist Don Braid's article this morning, I really should not be all that surprised by the silence.

In the article, Don mentions that his local WRP candidate got a little spooked when he realized he was on Mr.Braid's doorstep!  The nervous candidate then told Don that if he wanted to talk, he would "have to call the Wildrose campaign media team.'  Hmmm....sounds like a classic gag order from the party executive to me!  It is not hard to imagine the fear that the WRP executive must have when they imagine their candidates running wild and talking to reporters during an election.  Without the complete control of the WRP executive talking points at hand ( or some sort of wireless microphone feeding the script to their candidate) they must be afraid that some sort of "foot in mouth" moment will sink the Wildrose campaign in an instant.

The majority of the (non-political)  people I talk to still are not sure what the Wildrose is all about.  To them, they feel that they are an "extreme right wing" party and I think that the Wildrose knows that a few crazy comments from their candidates will derail their "centrist" message and further cement the undecided voters ill informed image of them.  With that in mind, I can see why it appears that there is an implied "gag order" in place.  I would love to see the list of "DO NOT DISCUSS" issues that each candidate received in their training package.  It will be interesting to see which candidate will be the first to get caught in a media scrum and stray from the official/approved talking points and get themselves in some hot water?