This is a continuation of a series of interviews that I will post about local candidates that are running in the 2010 Calgary municipal election. I do not endorse any of the candidates necessarily, unless stated otherwise. The intent is to allow the candidates a forum in which they can share some of their views.
This interview is with Chris Harper, an local active community volunteer that will be running for Alderman in Ward 1 this term.  Chris is a part of a new generation that "gets' social media and I first came across this chap on Twitter in fact! 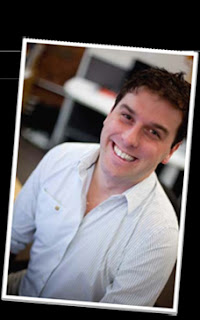 What do you think is the biggest issue facing the voters of Ward 1 that is totally unique to that part of Calgary?

CH:  The largest issue facing ward 1 is change. The ward has been represented by the current Alderman since 1983 and has seen some substantial changes since then. Overall the residents I have spoken with feel that they have been well represented; however, state that the once healthy relationship with their Alderman is no longer present. Unreturned phone calls, lack of communication, and silence from their current Alderman are strong concerns for neighbourhoods especially as the challenges of a large City continue to mount and impact them.
This has led many I’ve spoken with to feel the current Alderman has done what he can and it’s time for someone new to step forward and rebuild the relationship with their Alderman they once depended upon and start to effectively address the issues they are concerned about.

The incumbent, Dale Hodges, has been the Alderman since 1983. Over the past 8 elections, Mr. Hodges has proven to win each election in a landslide. However, the 2007 election was one of the closest ( in Ward 1 standards anyways) over the past 25 years. Can he be beaten this time?

CH: Every election is a choice. Every incumbent faces the decision of voters and that decision is what makes anyone “beatable”.

The current Alderman has built a good legacy for Ward 1, but he’s not the future. It’s time that my generation stepped up to the plate and showed the maturity and leadership necessary to build a future upon that legacy.
I’ve knocked on many doors over the past months (great exercise by the way!), met many people at community meetings, and received feedback personally. With the exception of three people, all have stated that they feel it’s time my generation stepped up to the plate and carried things forward.

Long-time supporters of the current Alderman are also saying they want a new generation to step forward. I stand as credible choice to deliver that change and renew the relationship with the neighbourhoods in ward 1 and the City of Calgary. For that reason, I feel that this election is the one where ward 1 will be renewed and better represented.

I like your mantra "Making efficient use out of what we already have". Does this mean you would oppose tax increases in Calgary, favoring to trim budget waste?

CH: I’ve worked with many organizations to do more with what they already have. The reward of putting this way of thinking into action is that efficiency becomes part of how things get done, as opposed to a contrast of how they should be.

I would oppose unjustified tax increases in Calgary. I do not feel they are necessary. The only increase I support is an increase in understanding how our tax dollars are spent and how we can do more with what already exists. I’d like to see us stop thinking that budgets are the solution. The solution is found in how things get done. It’s about process waste and budget waste. When things get done efficiently, we can do more with what already exists and deliver more effective services to Calgarians.

I don’t believe that City employees are where the waste is. I absolutely do not feel it is necessary to bring about layoffs to those employees delivering the services Calgarians depend upon. Giving employees greater control and judgement over providing services to Calgarians will improve the quality and value of the services provided. If there were reductions in staffing in a particular department, doing more with what we already have as a City would be ensuring those employees are placed in areas where demands for service are greater than the City of Calgary’s ability to deliver it.

Leadership at the City has an opportunity to drive more positive outcomes by focusing not just on the budgets as the key measurements; but also the quality of service delivered to Calgarians. One of the key purposes of any City is to ensure that citizens are provided with services they can depend on. Let’s focus on delivering that without punishing tax and fee payers further.

In your opinion, what is the biggest mistake that Dale Hodges has made as Alderman?


CH: I feel one of the more significant mistakes that the current Alderman has made is about relationships.

As an Alderman, it’s important to do your best to represent all neighbourhoods in your ward and the City. The current Alderman seems to focus on a select few neighbourhoods at the expense of the others. While this approach may win elections, it doesn’t win much for the ward as a whole.

As a 27 year incumbent, Hodges would seem to have a huge fundraising advantage over your campaign? How do you plan to fundraise? Do you think a lack of funds may hinder local campaigns?

CH: Our fundraising efforts have been underway for some time now. Considering how far out we started from the election, we are seeing a significant level of support financially which has enabled us to leverage technology and become very active much earlier. In addition, we’re seeing some great strength in the number of volunteers coming on-board.

I’ve worked with many individuals in my professional and community life. The support from them has been a key factor in our fundraising plan and one which has made me feel confident yet humble.

In addition, the campaign team has organized a fundraiser on June 24 at Cetnini Restaurant & Lounge where we will bring like-minded thinkers together for a great evening. Should our fundraiser go well we will be near our target necessary for funding the campaign.

A lack of funds does play a role in some races; however, when voters believe change is necessary, arguments and funding can do little to change their mind.
In my mind the biggest factor impacting local campaigns is the lack of restrictions on how much can be spent. Democracy, and participation in it as a candidate should be accessible and my observations are that we are gradually moving away from that.


Chris has an excellent website and is all over the Social Media world connecting with people.  Check out his site at http://www.harperonside.com/   Best of Luck Chris!