Sean Chu Is In Fact Running For Ward 4 Alderman! 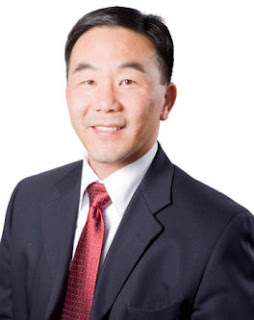 In a previous post last month, I had wondered if Sean Chu would run for Ward 4 Alderman in the 2010 Calgary Municipal Election.  I had a brief coffee today with Sean and he in fact confirmed that he is in fact running for Alderman in Ward 4.  ( The Herald also has this story online now and it will likely be in tomorrows paper.)

Sean confirmed to me that he has decided to run and will make his official announcement at the Edgemont Community Association on Thursday May 20, 2010 at 10:30am.

As per my previous post, I think that Sean's extensive community involvement and his 17 year career as a City of Calgary Police officer prove that he would be an excellent Alderman.  Sean has agreed to do a quick interview on Calgaryrants.com in the near future, so watch for it!

The race for Ward 4 just got a little more interesting!