Do Endorsements Matter in the Wildrose Alliance Leadership Race? 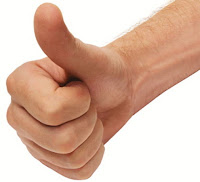 With the Wildrose Alliance Leadership race now in the final stretch, I found myself wondering if political endorsements really matter?  Does anyone switch their vote based on who has more ( or better) public endorsements?  Is it all for show?  Lets look at some of the public endorsements for each candidate...

Mark Dyrholm's endorsements ( taken from his twitter posts over the past few months & official website) include the following:

Danielle Smith's endorsements ( taken from an email I had received recently) include:

The scope (and arguably, the quality) of these endorsement varies quite a bit.  I know the conventional wisdom says..." the only endorsements that matter are the votes on leadership day", but I thought it was worth reviewing.  Either camp cannot say they do not care about these endorsements or they would not publicly flaunt them every time the were received.

Does it make a difference to anyone?  Will it change anyones vote? Does anyone care?  If not, why do people make such a big deal about the endorsments?  What are your thoughts?