Let's look at the scenarios.... 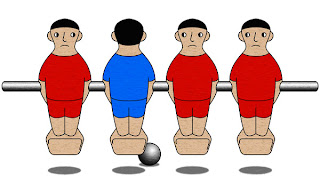 Wow, it seems that some of the local blogs have slowed down since the end of the Calgary Glenmore by-election!  This seems odd, considering some of the crazy developments of late.  I thought I would run a quick rant on the random thoughts that have been running through my busy mind over the last few days:

Hmmm.... I don't know what to make of this one.  I know that the source of this piece is a respected writer so I do not doubt the integrity of the author. ( Its not like it came from Calgaryrants.com!)  I wonder if there is any truth to this and if so...who will they be?  I find the timing of the recent appointments of local Conservatives Rob Anderson, Len Weber and Jon Denis interesting, but well deserved.  Perhaps these appointments can be seen as peace offering to the Calgary caucus?

So then...who will the 10 be?  I would like to know.  In my opinion, it will definitely not be any cabinet ministers as they will not want to give up their additional pay and benefits to sit with another party.  Perhaps some local backbenchers or new MLA's?  Perhaps some young/urban MLA's that see that they might not fit in with the current leader?  Perhaps only a handful, say 2-3, will actually leave?   I cannot see this happening anytime soon, but what do you think?

Once/if Danielle wins the leadership, what is the next step?  Ideally, she would want to get into the Legislature as soon as possible.  With the election 3-4 years off, the only option would be through a by-election.  How will this happen?  Politically, a party leader without a seat is not very effective in my opinion.  Its like having a fiery preacher without a church.  While Danielle can work the media wonderfully, and I am sure she will be a constant thorn in the PC's side, she would serve best as a sitting MLA.  So...who will "retire" to allow her to run in a by-election?  Personally, I cannot see any PC MLA's voluntarily stepping aside.  Perhaps a local Liberal will decide they have had enough and leave the Leg?  I doubt this also.  I bet a whole crop of PC MLA's may be disappointed to find that because of this scenario, any and all "appointments" just dried up until after the next election, which would keep all constituencies closed!

Would it not be heartbreaking for the WAP to find that Premier Stelmach decides to retire before the next election, only to be replaced by a new, energetic leader? ( I support the PC party, but lets be realistic here....) Perhaps if the current tide holds and his support continues to go down, he will show his true leadership and commitment to the party and step aside before the next election.  Perhaps the rumour of Brett Wilson running will energize the party.  Perhaps a Conservative leader like Ted Morton will appease the right of the party and kill the WAP's ambitions in its tracks.  Who knows?  Any other scenarios out there?

The party in power has the upper hand and can plan ahead for these scenarios.  Its called Risk Management and it works.