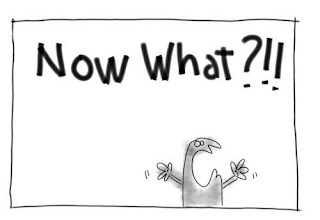 First off, I would like to congratulate Danielle Smith for her impressive victory in the Wildrose Alliance Leadership race this weekend.  While I am not yet a supporter of her party, I am amazed by her ambition and work ethic in her approach to achieving this goal.  Having met Danielle socially and spoken to her a few times, I was intrigued by her campaign.  Most readers of this blog may feel that I gave Mark Dyrholm an unfair shake, as seen in some of these posts: ( I'll let you have a quick chuckle and decide for yourself)

It took a while, but most of my opponents finally realized that there was a lot of sarcasm in these posts.  Even Craig Chandler finally got in on the joke and let me know he knew where I was coming from.  I should also congratulate Mark for standing up for his beliefs and running for the leadership.  I know it took a lot of time and resources to run, so I can respect those sacrifices.

Just over a month ago, there were massive rumours floating around that Dyrolm's team was outselling memberships by 2-1 over Danielle.  This is odd, considering that the votes went 3-1 for Danielle.  Was there a last minute push by the new members to ensure that Danielle would win ( or to ensure a Dyrholm loss), or was this a strategic plant?   Part of the rumour was quite vicious, so I am not sure what happened.  Politically, it is interesting though.

So now that Danielle Smith has won, whats next?   I believe that the momentum of this movement will slowly start to stall, as the "excitement" of the leadership race is now over.  Here are some random questions that I have:

What direction will the Wildrose Alliance move to with its policy and platform?  The membership has spoken loud and clear with a 3-1 vote for Danielle and her "libertarian" ways.  To me, this shows that the party does not want to make a move to the far right on social issues, as Dyrholm would have liked. This is dangerous for the PC's, as they will be treading after the "average" Albertans vote.  I am curious to see where the party will go now with Danielle as its leader.  If they move to a more socially moderate platform, I think they can be a real force.  If not, it will likely be back to fringe-party status.

Who gets the media attention now?   With Paul Hinman the only WAP MLA, who gets the soundbite on the 6pm news everyday?  Hinman or Smith?  I cannot see Danielle just parroting the comments made by Hinman, but it seems rather silly to have a leader without a seat commenting instead of Hinman.  Will Danielle simply wait outside the Legislature for the media scrum after watching it in the galley? What will Hinman do...simply deflect the media questions to the leader?  How will this work?

Will there be any PC defections now?  I previously posted on this, but this has likely changed over the past few weeks.  Check out Ezra Levant's "Predictions" on twitter!

Finally, back in May I did my first blog post ever on the WAP, I asked the question " Is the Wildrose Alliance Party the real deal"?  Looking back, less than six months ago, and I cannot believe how much has changed in the Alberta political landscape.  Are they the real deal?  Not yet...but with the new leader and a good set of policy, they will be.  Perhaps Danielle Smith said it best this weekend..." Ed Stelmach, you haven't even begun to imagine what's about to hit you"....

Hopefully my party wakes up and takes notice before its too late.