When did Calgary become a Socialist city? 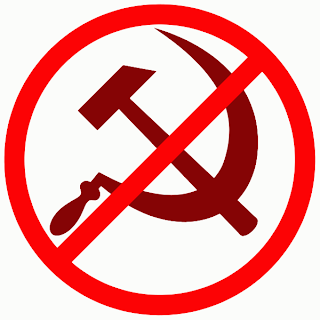 Having been born and raised in Calgary ( which is a pretty rare thing in this town) I have seen many changes over the years. Calgary has always been a maverick, free enterprise based, conservative city. That said, I can't seem to grasp when the socialist movement actually took hold here? Perhaps it started with the election of our Mayor, Dave Bronconnier? Surely it has spread with the election of failed NDP candidate Brian Pincott and the new crop of Alderman from 2007. It is being fueled by socialist community groups like Vibrant Communities Calgary. I just hope that it won't last past 2010.
Calgary's latest Socialist intervention happened this week, with he debate over instituting a "Living Wage" Policy for City of Calgary employees and contract workers. The city admits that almost all of their employees make more than the $13.25 amount, so the idea is really pointless to me. Where the Socialists hope to advance is by getting all Temporary and Contact workers included in this living wage scheme, which thankfully got voted down. ( for now.) Once the rest ( Eg. The Common Sense alderman...) of council figured out that the City will have to pay hundreds of thousands of dollars more to bump the contract/temporary workers salaries, they backed away.
Like most Socialist ideals, the sugarplums and fairies start to disappear once the economic reality hits them in the face. Sure, I'd like McLeod Trail to be paved with gold bars and perhaps see all of Calgary's water fountains turned into magical money machines that dispense $100 bills, but will it ever happen? ( Not until I a get elected as an NDP backed Alderman apparently.)
Only a Socialist regime would consider $13.25 a LIVING WAGE anyway. Do the math... $14/hour ( Lets round it up and say the Socialist Union gets them even more money!) at 40 hrs/week. Total Monthly take home= $2240.
$2240. Before Taxes.... Before Union/Mafia Dues....
Take out your rent ( No Rent Controls yet in Calgary...but their is plenty of year left.) and how much of this living wage are you expected to live on? I don't know, but it is likely not enough. This is another example of the Socialist Pie in the Sky Math. if they were smart, they would demand more money....but they realize that Socialist Revolution in Calgary takes small incremental steps. ( Also, if their voters get too wealthly, they will move away to other parties...but that is another story.)
I hope that Calgarians start a Revolution of their own in 2010. Out with Bronco, out with NDP Hawkesworth and Pincott. Out with John ( I'll change my spots after I am elected) Mar and the rest of the free spenders. In the mealtime, I hope they shelve their plans for a giant Karl Marx stature for Olympic Plaza.
Posted by Shane at 3/13/2009 08:28:00 AM