Liberal Party of Canada...in need of some financial stimulus 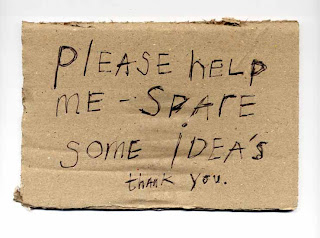 Looks like the Liberals are scrambling for some good ideas on how to raise more money for their party. I guess their belief that they are the natural party to govern Canada has stopped them from making fundraising a priority over the past few years. The once mighty Liberals raised only $5.9MM from party supporters last year, a far cry from the $21MM haul that the Conservative Party obtained. Even the NDP raised $5.5MM, just under the Grit totals....

I can clearly see now why the Conservative proposal to eliminate public funding of political parties was such a big deal to the Liberals/NDP/Bloc. Much like their ability to run the country, they lack the organization, creativity and commitment to strengthen their party through grassroots fundraising.

The Conservative Party of Canada has seen the benefit in appealing to its supporters for donations, and they have opened their wallets generously to them. ( Myself included.) If the Canadian people actually supported the Liberal Party, their financial situation would not be in this state.

How can the Liberal Party of Canada be trusted to run the country finances, when they cannot even control their own internal party debt? I wonder if Mr.Iggy wonders this himself when he looks in the mirror?
Posted by Shane at 2/03/2009 08:53:00 AM