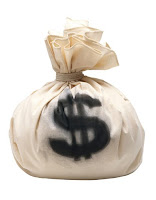 Calgary City Council will be debating the issue of implementing a yet another TAX on Calgarian's today. Supporters of this new Real Estate Tax include our wonderful, forward thinking Mayor, Dave ( Let's Tax 'Em) Bronconnier. This new tax, if approved, will apply a 1% levy of the sale of all homes in the City of Calgary along with a levy on the land development industry on new and redeveloped properties.

Look at the math.... On a sale of a $400,000 home, the tax would equal $4,000!!! Add on the realtor fees of approximately $7000 and the average homeowner is taking a massive hit. The timing of this tax proposal could not be worse. Calgary home prices have fallen 10-20% from their peak in July 2007. Anyone that bought their 1st home in 2007 likely now owes MORE than their home is worth. Imagine if a family was forced to sell their home following a job loss in this market and had to pay this additional tax?

The home builders in Calgary are suffering badly due to this downturn. Ask any Tradesperson how busy they are right now? Take a look around the new neighborhoods and see how many empty lots are sitting there vacant! Yet the City thinks its wise to look at adding an additional tax on this industry?

Mayor Bronconnier's idea is to use this additional tax money to address the shortage of affordable housing in this city. While the "Red Tory" in me agrees that there is a severe shortage of affordable housing in Calgary and that something must be done, this tax proposal is not the right way to go about it. Rather than TAX TAX TAX...why doesn't our Mayor show some creativity and leadership and look for some alternate ideas?

Any other ideas??? I applaud Alderman Ric McIver once again for opposing this tax proposal and will watch to see how this progresses but council will likely shelve this idea until the fall. In the meantime, I hope that this tax proposal will die a quick death and that Council will step up and come up with some creative alternatives.