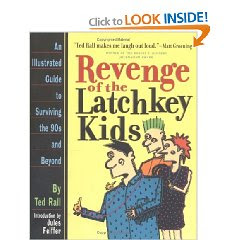 I was disappointed to read the comments made by Alberta Finance Minister Iris Evans this week. As a PC supporter, I tend to just grit my teeth and occasionally roll my eyes at these gaffes, but these comments really got to me. My wife (who would rather stick pencils in her eyes than talk politics) was so furious about these comments that I knew I had to post something about it. As a child of a two working parents, she found the comments by Iris Evans highly offensive.

The debate is out there and people are talking about it already. To me, the bottom line is this...

Now, I know that Mrs. Evans is 67 years old and comes from a different time and set of ECONOMIC realities, but her comments are flawed. It is a reality that most parents have to both go to work to support their family. Mrs. Evans had the luxury of gaining extra income from being a "PROFESSIONAL CONTEST ENTERER" (hmmm..is that a real word?) as a young mother. Not all Albertans will have such a wonderful second income stream.

What really worries me here is that episodes like this just lead most of the public to believe that the PC party is out of touch with regular Albertans. And that my friends is a dangerous thing.

I would hope that going forward, the Party will spend more time trying to BALANCE its own budget before interfering in Albertans personal lives.